Process Is King in Contract Management 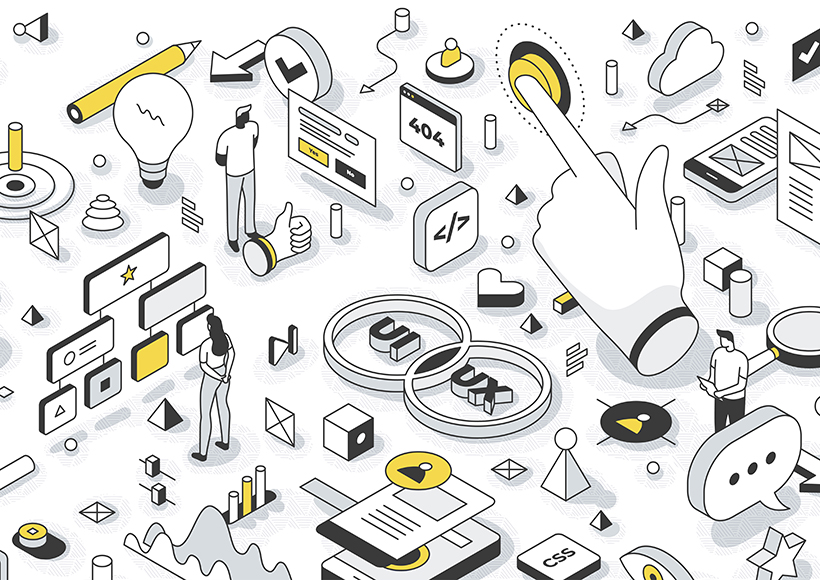 The vast majority of contract lifecycle management (CLM) implementations fail to deliver the value that organizations expect. Technology is not the culprit, so what is?

The potential of CLM is undeniable. However, the marketplace hype for technologies such as automation can create a false sense of what is possible. As with any enterprise technology, CLM systems are not push button. Any solution—whether it’s full-fledged or low-code—will only perform as well as the process problems that were understood and addressed before the technology is implemented.

Engineer and consultant W. Edwards Deming said, “If you can’t describe what you are doing as a process, you don’t know what you’re doing.” Prioritizing technology over process is like trying to jump on a bullet train without first laying down track, hiring the conductor and mapping the optimal routes. It winds up being a road to nowhere.

Following is a list of process-related reasons why contract management transformations fail, and advice for how law departments can sidestep setbacks.

Pushing bad process in and getting poor automation out.

Most departments have yet to deeply examine their unique contract management issues and identify the fixes needed. Instead, they attempt to force fit their problems into existing solutions and expect the system to automate their troubles away. Ground must be laid to take advantage of emerging tech.

Nothing is worse than automating and animating bad process. Without prioritizing process, you create an automated version of something that is not working. You force the technology to stretch beyond its capacity. The result is a loop of constant customization, defeating the purpose of investing in the technology in the first place. For example, most contract agreements take time. They are complex, and require give and take with a counterparty in order to reach common ground. Yet CLMs are built to drive automation of low complexity contracts – a rare scenario in the real world.

Let’s say you have an elaborate approval process. If you try to recreate it in the confines of an out-of-the-box application, you will have to customize that application to do all the steps.

There’s a lot of hype surrounding CLMs. By following the crowd, law departments get tunnel vision and narrow their choices for solving problems. It’s important to think beyond CLM, and more broadly about contract management strategy. Zoom out and evaluate contract management from the standpoint of people, process and technology. Where would your resources work the hardest, and why?

Thought experiments can help shake up our thinking and catapult us into more innovative ways of operating. What if there were no such thing as a CLM? How could you still improve results, and realize faster time to market and greater efficiency?

For example, if you have Microsoft Teams and Word for collaboration, you don’t need document assembly unless you are in a template environment. Do you really require a full boat CLM application? Maybe a low-code solution would suffice.

Transforming contract management takes a multi-disciplined team including technology process experts as well as cost efficiency lawyers and contract managers. Talent is harder than ever to find. Companies don’t have resources with the right skill set to work in a technology-enabled world, and technology and data responsibilities are falling on the shoulders of lawyers without the necessary experience.

Going against the flow of user behavior.

There’s a blind belief among buyers that everyone on the team will get onboard with new technology implementations. In reality, people won’t follow the process if the system goes against the natural flow of how they operate. They will bypass it.

It’s important to take the time to understand what your team is trying to accomplish and why. You have the option of a hybrid approach. Instead of forcing people to work in a tool, divide up the work. Take work best suited for tech and process experts and outsource it. You don’t have to force the entire organization to do things that are unnatural for them. Let attorneys have the front-end experience they want, and then throw it over the fence to automate the back end. Allow the deviations on the front end in the name of the user experience, but integrate data on the back end.

Businesses will invariably have competing ways of doing things, while CLMs have one way. Establishing governance is critical to reduce infighting between departments and friction between the business and the system. You have to compromise and achieve a level of standardization that enables automation while mitigating risk.

Believing implementation is one and done.

Going live with a CLM is typically an afterthought for departments. There’s a mindset that once the tech is launched, it will manage itself.

It’s important to remember that you aren’t building a statue. Your contract management system requires care and feeding. It will change and demand resiliency.

You must get people in place to manage enhancements and upgrades. It’s critical to embed layers of knowledge into the process to sustain the system. When you have to change one of your workflows, or update one of your clause libraries, or someone leaves the organization, you must have people with the necessary working knowledge to maintain the system over time.

It’s tempting to throw technology at the contract management problem, but priming the pump with a streamlined process is paramount to success. Think about the end state first, then reverse engineer a solution to get you there, whether it’s full-fledged CLM or a low-code workaround. Put the process first and reach your destination sooner.

Diane Homolak is Vice President of Legal Technology in the Contracting and Commercial Solutions group at UnitedLex. She is responsible for assessing and optimizing client contracting processes. Previously she was Manager of Global Legal Innovation and Strategic Solutions at Hewlett Packard.