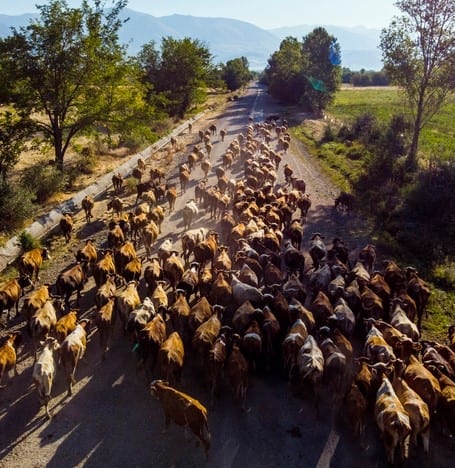 Ranchers and others in the animal agriculture sector are concerned over a detailed aerial map that has been produced and posted by animal rights activists. The map, which uses publicly available satellite data, shows what the activists call “animal-exploitive facilities including cattle operations, dairies, slaughterhouses, fairgrounds and feedyards,” says an article in The Fence Post, a trade publication. So far much of the internet traffic accessing the map has been from facilities themselves, anxious to see what’s up about their own operations, and a spokesperson for a trade group sounds a warning about that. The more hits the site gets, the more it drifts toward the to top in search results, she notes. A county attorney from ranch country notes the lack of clear legal guidance in this area, pointing out that 4th Amendment protections don’t apply to this kind of private reconnaissance. Criminal trespass law might, he says.