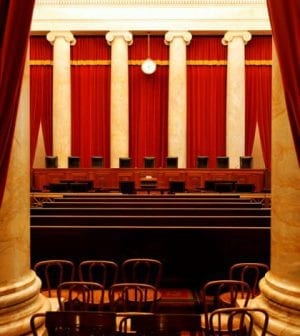 Ordinary citizens are increasingly mistrustful of the Supreme Court. They view it as more partisan and political than judicial. Yale law Professor Bruce Ackerman thinks he has a solution to this problem in the form of some reforms that would allow it to “function as a modern and effective guardian of uniform law for all Americans in the 21st century.” He suggests adopting the German model – a high court composed of two chambers of seven members each – with the two chambers reviewing appeals in different areas, for example, questions of statutory interpretation and constitutional issues. This would mean more cases heard and decided, which in turn would discourage appeals courts from making rulings that depart dramatically from settled law. In order to prevent the President and the Senate from abusing the power of appointment to the expanded court he suggests returning the Senate to the 60 vote requirement for confirmation. Fourteen year term limits would be a good thing as well, he says.
Read the full article at:
home slideropinionsSCOTUSSupreme CourtTicker