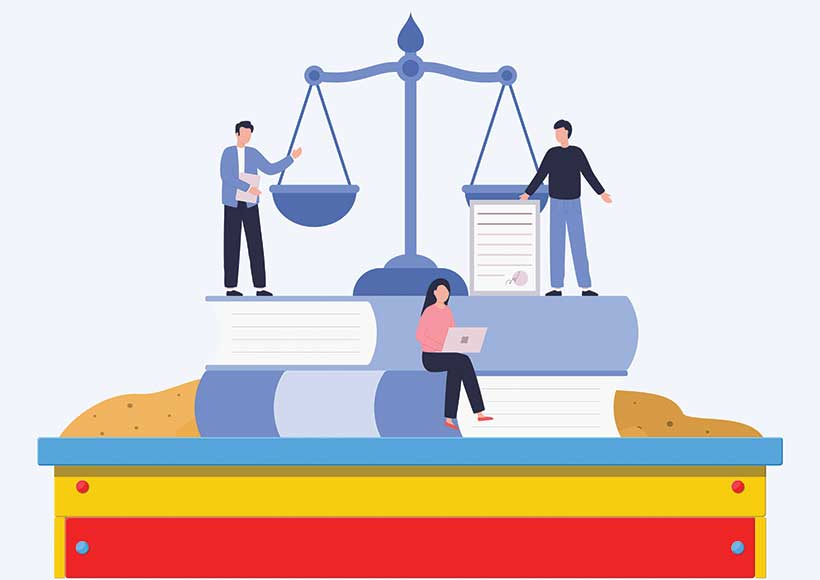 There is an increasing drive for legal industry standards to evolve and accommodate the present. One trend that general counsel (or any legal professional concerned with compliance, regulation and the legal issues that arise from new engagements) should watch for is the use of regulatory sandboxes and their ability to alter standards in industries normally resistant to change.

In August 2020, Arizona courts pushed through a measure drop-ping regulations around lawyer exclusivity in companies practicing law. They join courts in Washington, D.C. and various countries abroad that are experimenting with non-law ownership in law firms.

In the United States, most states are being more cautious in their approach and seeking confirmation that restructuring legal organizations would not cause a systematic collapse of legal ethics. Some states are turning to regulatory sandboxes as a method to experiment without disrupting the larger regulatory systems in place.

Regulatory sandboxes allow changes to rules and regulations to be tested on a small scale under time constraints before permanent, large-scale adoption. Participants operate within a defined space under a new set of rules to see how the regulations fare under actual circumstances. A committee or team provides regulatory oversight, evaluating how well the participants can play by the new rules without larger repercussions. Depending on the success of the sandbox, the committee can make a recommendation to move forward, partially adopt or eliminate the prospect of the experimental changes from the conversation. These sandboxes can be an effective method for driving innovation across industries, including the legal industry, where regulatory bodies widely determine the industry’s ability to evolve.

Many legal professionals find the idea of testing before implementation to be far more palatable than outright change. In the United States, Utah and California currently have regulatory sandbox initiatives underway. The Utah Legal Sandbox is regulated by the Office of Legal Services Innovation, which will be selecting participants from a pool of applicants and evaluating their ability to provide proper service to clients in the legal industry while operating with an alternate business model or alternative business structure (ABS).

In California, the state bar has assigned the Task Force on Access Through Innovation of Legal Services to “identify options for enhancing the delivery of, and access to, legal services through the use of technology, including artificial intelligence and online legal service delivery models.” Non-lawyer ownership is one option available.

These initiatives will continue to evolve as other courts in the United States conduct preliminary investigations to gather recommendations for their own regulatory sandboxes. If non-law ownership does not disrupt the overall regulatory framework in these states, acceptance for ABSs may gain ground. Ultimately, though, the outcomes of these sandboxes, and their ability to demonstrate the efficacy of changes without disrupting the larger industry, could open the door to the larger acceptance of regulatory sandboxes for experimentation in the legal field.

Non-law ownership of a law firm is considered an alternate business model because it goes against historical patterns in the U.S. legal system, which call for lawyers’ professional independence. Advocates for the change believe that non-law ownership of companies would allow for an influx of ideas and give law firms increased dexterity to react and adapt to changes in the world. Professionals in favor of non-lawyer ownership hope that giving influence to non-lawyers could help fill gaps between legal self-help sites and the services at a full firm that exceed smaller client needs and ability to pay. Ideally, this change could widen the audience and increase access to legal services as a whole.

There is fear that allowing non-legal and legal players to intermingle would put the professional independence of lawyers at risk. Although some see this deregulation as a “lowering of the bar” as to who can participate in the practice of law, it does not seem to be lowering the ethical bar for the industry or lowering the quality of service and innovation.

Regulatory sandboxes have the potential to influence change to legal and compliance standards far faster than the industry is used to. General counsel will need to be especially aware of the activities of regulatory sandboxes. From afar, sandboxes offer a glimpse at regulatory changes that are under serious consideration. They are case studies that have the potential to set standards for future compliance and policy regulations that may need to be implemented quickly.

As the industry continues to weigh tradition against change, sandboxes provide a compromise, allowing for a proof of concept. Regulatory sandboxes make change more acceptable through low-risk use case tests, lowering the barrier to entry for innovation and altering the acceptance criteria for change. This allows for the introduction of new perspectives and expertise, which can drive transformation.

When involved in a sandbox, or working with businesses involved in a sandbox, there may be a need for additional reviews of contracts and terms, depending on how deeply engaged a business is with the regulatory changes. If nothing else, legal professionals should keep an eye on these experiments to know what is on the horizon within the industry.