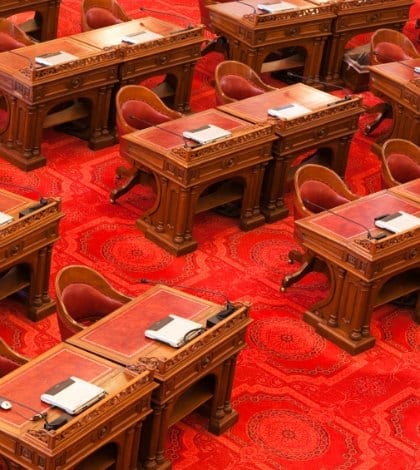 Citing Judge Neil Gorsuch’s failure to “sufficiently convince me he’d be an independent check” on the executive branch, Senate Democratic leader Chuck Schumer (N.Y.) has said he plans to filibuster Gorsuch’s nomination to the U.S. Supreme Court. The decision from Schumer comes after three days of intense hearings, in which Democrats grilled Gorsuch on many hot-button issues but failed to get many straight answers from the nominee. In a speech on the Senate floor, Schumer said Gorsuch “will have to earn 60 votes for confirmation,” setting up a showdown with Republicans, who control 52 Senate seats. Republicans are now faced with the choice of whether to use the so-called “nuclear option” of changing rules to allow a simple majority to proceed on Supreme Court nominations. Expanding on his reasoning, Schumer said Gorsuch was not “a neutral legal mind, but someone with a deep-seated conservative ideology.” He added that if Gorsuch “cannot earn 60 votes, a bar met by each of President Obama’s nominees and George Bush’s last two nominees, the answer isn’t to change the rules. It’s to change the nominee.”