Sharpen Your Axe for Board Minutes and Reports 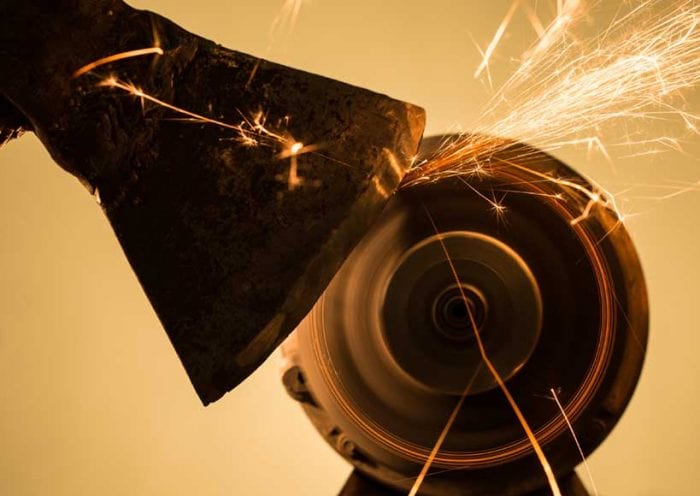 The great frontier lawyer Abraham Lincoln once made the thought-provoking statement that if asked to chop down a tree in six hours, he would spend the first four hours sharpening his axe. The message was that long, disciplined preparation was essential to accomplishing a task. In-house lawyers should consider Lincoln’s adage when confronted with the task of maintaining privilege protection for board reports and the legal advice portions of the board meeting minutes.

Consider this familiar scenario. For the upcoming quarterly board meeting, the company’s general counsel prepares a report discussing the liability risks of pending litigation and potential exposure related to an anticipated corporate transaction. The general counsel distributes the report to the members for their pre-meeting review, the board conducts the meeting, and the minutes reflect the discussion between the members and the lawyer regarding the report.

The in-house lawyers could have blocked the legal advice portions of the plan into separate paragraphs or pages.

Six months later, an event occurs that sparks litigation, which is filed one year later. Discovery ensues over the next six months, culminating in a motion to compel production of the general counsel’s board report and the board’s meeting minutes. Your company produces both documents in camera to the judge for review of the company’s privilege objection. Will the judge, reviewing the documents two years after their creation, rule that the attorney-client privilege protects the report and the minutes from production?

While contemplating that question, let’s review the legal foundation upon which the judge will decide the issues. The corporate attorney-client privilege protects from discovery confidential communications between the company and its lawyers made for legal advice purposes.

Judges often hold that, with or without evidence, in-house lawyers engage in business and legal roles in their day-to-day duties. For this reason, courts generally apply heightened scrutiny to the legal advice requirement when the company’s communicating counsel is an in-house lawyer. They often require in-house counsel to clearly show, with evidentiary support, that the communication is primarily related to legal advice or the assessment of a legal issue.

Based on this legal framework, the judge will evaluate your company’s privilege objection to producing the general counsel’s report and the board minutes by deciphering whether they pertain to legal advice, business issues or some combination of both. She will assess whether the report and the minutes were confidential when created and remained confidential thereafter. The question is whether the report and minutes’ contents, bolstered by the in-house lawyer’s sworn declaration, persuade the judge of the company’s privilege position.

One federal case illustrates how your judge may view the issue. A company’s executive vice president requested that a business team draft a global, long-term strategic plan and obtain input from the legal department as necessary. The business team created the initial draft and sent it to the legal department for review from a legal perspective. In-house lawyers commented on existing language but also drafted additional sections addressing legal risk issues. In a subsequent lawsuit, where an adverse party requested the strategic plan, the company objected to producing the sections reviewed or drafted by the in-house lawyers on the basis of privilege. An in-house lawyer submitted an affidavit stating that she reviewed the draft plan to provide legal advice and that the sections drafted by the lawyers contained legal advice. However, one wouldn’t know this by simply looking at the plan: It contained no confidential notations, was disseminated widely within the company, and had no remarks affirming that it contained legal advice.

The court ordered the plan’s production in full. Although noting that the plan necessarily contained some legal advice, the judge found that the plan’s contents predominately pertained to business issues and provided several gratuitous comments regarding how the company and its lawyers could have protected the document from an adversary’s eyes. He suggested that the in-house lawyers could have blocked the legal advice portions of the plan into separate paragraphs or pages rather than interspersing them in various sections. Or the drafters could have put the legal advice sections in a confidential addendum to the plan or even in a separate memorandum.

The court stated that the law related to dual-purpose corporate communications is not new, and that the in-house lawyers should have better prepared the business team to draft the plan and maintain privilege protection. In other words, the judge told the lawyers that they should have sharpened their privilege axe prior to chopping down the strategic plan tree.

The board minutes present a more complex concern because they almost certainly contain business and legal issues. The in-house lawyer can increase the chances of success by segregating the legal advice portions from the remainder of the document. The general counsel could include the advice-related discussion in separate paragraphs marked with the subheadings “privileged and confidential, contains legal advice,” or some similar language; putting the legal advice portion in a separate document and attaching as an addendum; or creating a separate set of minutes dedicated solely to the legal advice discussions.

Taking these measures requires thoughtful discipline and planning. So sharpen your privilege axe before creating that board report or drafting (or advising on drafting) those board minutes. Lincoln would approve — and the judge probably will, too.