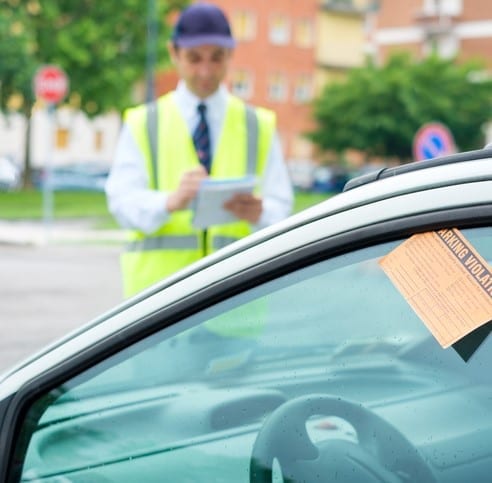 The district court in Michigan had granted the motion to dismiss the lawsuit, filed by a woman in Saginaw whose tires had been chalked fifteen times over a period of about three years. The court had allowed her contention that the act of chalking was a search without a warrat, but found it was “reasonable” for two reasons. One, there is a lesser expectation of privacy for cars and, two, this particular kind of search falls into “the community caretaker exception.” The Sixth Circuit Court of Appeals, in what for many will be the most jarring element of this opinion, reiterated that chalking was a kind of search, citing a precedent (United States v. Jones ) according to which attaching a GPS to a car counts as a search because it’s an invasion of constitutionally protected space in order to obtain information. The threshold question in the Michigan case, the appeals court said, thus becomes “whether chalking constitutes common-law trespass upon a constitutionally protected area,” with an added requirement that it be conjoined to an attempt “to find something or to obtain information.” The appeals court also looked at a possible community care-taker exception that would have made the search reasonable. In its analysis, however, the court found the care-taking would have to be related to public safety (as opposed, presumably, to such things as keeping people from hogging parking places to the detriment of local merchants), and it wasn’t. The purpose of chalking, the court said, is to raise revenue, and it reversed and remanded. The entire issue, however, may be on a fast track to irrelevance. Chalking tires is “very old-fashioned,” according to an urban planning professor quoted in a New York Times account of this case. It’s on its way out and being replaced by various hi-tech methods that are more efficient and less arbitrary.