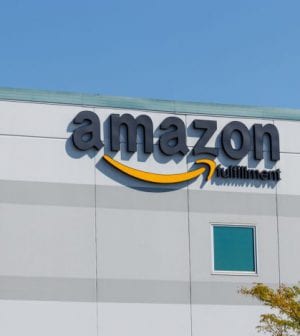 Somali women working at an Amazon fulfillment center near the Twin Cities have filed a complaint with the Equal Employment Opportunity Commission, accusing the company of creating a hostile work environment for Muslims and retaliating when they protested. It is the latest escalation of the dispute between the company and well-organized East African workers at its Shakopee. Mn. facility. A nonprofit created to help East Africans in the area has organized around employee concerns about the pace of work, accommodations for prayers and lack of opportunity for advancement. Last year the employees became the first group of workers in the US to force Amazon into negotiations. A spokeswoman for Amazon said the company takes reports of retaliation seriously and looks into all claims made by employees. The workers get paid breaks to pray up to 20 minutes, a state requirement, but are still responsible for maintaining the same pace in respect to items they must pack in an hour. They have the option of taking longer breaks without pay, in which case productivity expectation would be adjusted. Falling short of those requirements can result in dismissal. The women who complained said they and other Muslim workers feared taking time to pray, thus creating a hostile environment.