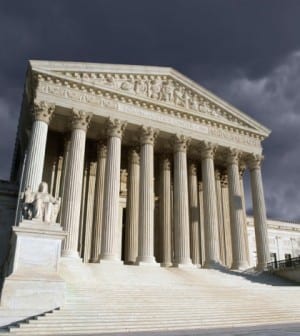 Justice Sonia Sotomayor wrote a short but pointed dissent from a Supreme Court order issued on 9-11 that locked Central American migrants out of the asylum process. The order allows the asylum ban to remain in effect while the case is working its way through the courts. It stays a lower court decision that blocked the ban. Other judges are likely to read it as a sign that a majority of the justices will ultimately uphold the ban. Sotomayor accuses the majority Justices of bypassing ordinary procedures in order to bail out the Trump administration. She cites an upcoming law review article by Stephen Vladeck, a law professor at the University of Texas, who notes that Trump’s Justice Department has been far more aggressive than its predecessors in asking the Court to intervene at early stages of litigation. The Court has bent over backwards to accommodate those requests, defying precedent in the process. As Sotomayor writes, the Supreme Court rarely granted such stays in the past, and for good reason. Because the Supreme Court is the final word on any legal dispute, it typically likes to hang back for a while as lower court judges wrestle with new legal questions.