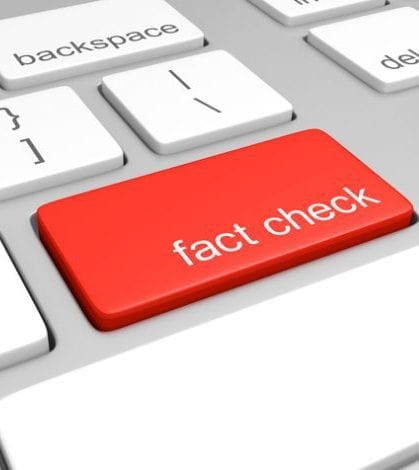 An article in ProPublica documents numerous instances in which the U.S. Supreme Court, in matters ranging from trivial to momentous, cites baseless claims and erroneous data to rationalize its decisions. One example: In a 2002 opinion, Justice Kennedy wrote that untreated sex offenders commit new sex crimes at a startling rate, “estimated to be as high as 80 percent.” That came from a magazine article, which did not provide a source. The article’s author has since admitted the number was a guess, and studies indicate that the actual rate is a small fraction of the figure Kennedy used. ProPublica also found an error in Shelby County v. Holder, which struck down part of the Voting Rights Act. Chief Justice Roberts used erroneous data to make claims about comparable rates of voter registration among blacks and whites in six southern states. According to ProPublica, a virtual industry has grown up around amicus briefs, which are rarely scrutinized for accuracy despite the fact that the groups and individuals that file them are by definition keenly interested in the outcome of the case they are briefing. The article suggests some remedies, including a fact-checking research body to serve the court.