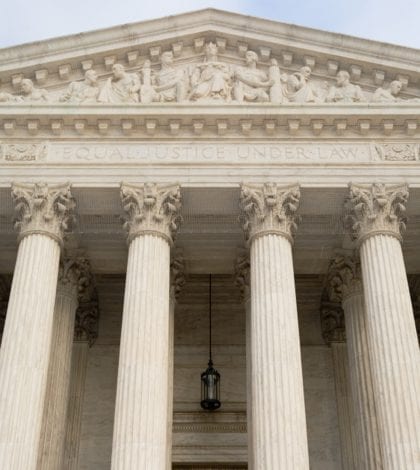 In another major blow to campaign finance restrictions, the Supreme Court today,in a 5-4 decision, overturned aggregate limits on what a contributor can give to multiple candidates in a given election cycle.  “The right to participate in democracy through political contributions is protected by the First Amendment,” the Court’s conservative majority said in the McCutcheon v. Federal Election Commission decision, written by Chief Justice John Roberts. And, though Congress may regulate contributions, it may not do so “simply to reduce the amount of money in politics.”

The justices voted along  ideological lines in a decision that echoed Citizens United, the 2010 decision that struck down limits on independent campaign spending by corporations and unions.

The decision will not change the base limits on contributions from individuals to candidates, which stand at $2,600 per candidate in primary and general elections. But the cap of $48,600 for individuals to give to federal candidates every two years, and the aggregate limit of $74,600 on contributions to political party committees were both struck down as violating the right to free speech.

“Money in politics may at times seem repugnant to some, but so too does much of what the First Amendment vigorously protects,” the ruling  says. . “If the First Amendment protects flag burning, funeral protests, and Nazi parades – despite the profound offense such spectacles cause – t surely protects political campaign speech despite popular opposition.”

The dissenting  judges said the ruling dealt a blow to campaign finance efforts to keep elections free of corruption. “If the court in Citizens United opened a door, today’s decision may well open a floodgate,” Justice Stephen G. Breyer said in a dissent from the bench.