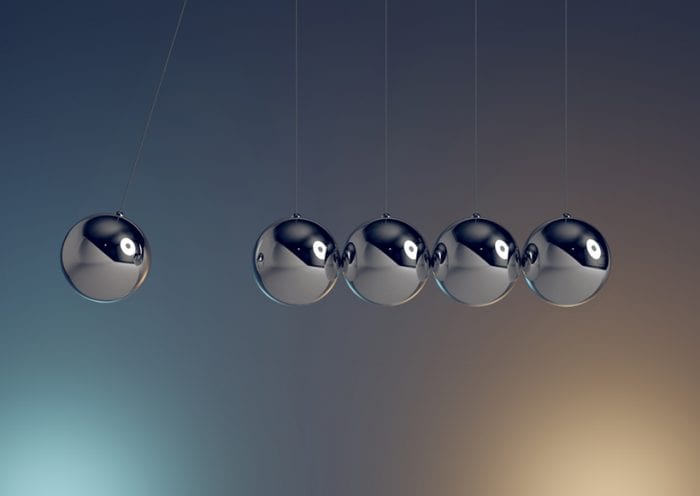 Since the enactment of the Federal Arbitration Act (FAA) in 1925, volumes of case law have been generated in connection with disputes over the applicability, scope, validity and enforceability of agreements to arbitrate.  But sometimes the controversy is not whether the arbitration clause applies but who has the power to make that determination — the arbitrator or the courts. This “gateway” issue has added complexity to arbitration practice for many years. The courts have yet to establish definitive guidance.

This “chicken-and-egg” question has resulted in eight years of litigation, two decisions by the Fifth Circuit and two proceedings before the Supreme Court. The parties are no closer to resolving the merits than they were in 2012 when the plaintiff filed its lawsuit.

The District Court had to address the “gateway” question of whether the court or the arbitrator had the power under the contract to make that decision.

The parties were distributors of dental equipment. Archer & White sued Henry Schein, Inc. in the U.S. District Court for the Eastern District of Texas, alleging that Schein and other distributors violated state and federal antitrust laws by conspiring to terminate or restrict Archer & White’s distributorship rights. The complaint sought both money damages and injunctive relief.

Schein moved to stay the litigation and compel arbitration in accordance with the provisions of Section 3 of the FAA. The motion was based on a clause in the relevant distribution agreements incorporating AAA commercial arbitration rules (which provide that gateway questions of arbitrability are to be resolved by the arbitrator) but containing a carve-out provision for “actions seeking injunctive relief.”

Citing Fifth Circuit precedent, the district court ruled that where arguments in favor of arbitration were “wholly groundless,” the court, not the arbitrator, would decide the gateway arbitrability question. It reasoned that Schein’s attempt to invoke arbitration was wholly groundless because the injunctive component of Archer & White’s complaint fell within the carve-out in the arbitration clause, and thus denied Schein’s motion to compel arbitration. The Fifth Circuit affirmed, and the Supreme Court granted Schein’s petition for certiorari.

In its unanimous opinion written by Justice Kavanaugh — the first opinion of his tenure — the Supreme Court overturned the Fifth Circuit, holding that the text of the FAA contains no wholly groundless exception. As a result, assessing even a purportedly groundless claim for arbitration is a matter for the arbitrator if the parties so delegate under the contract. The Court added that parties had the power to delegate gateway arbitrability questions to the arbitrator, so long as that delegation was “clear and unmistakable” in the contract.

One would think that the Supreme Court would have remanded with an order to compel arbitration of the gateway arbitrability question. Unfortunately, the lower courts had not expressly determined whether the contract “clearly and unmistakably” delegated this gateway question to the arbitrator, only that a wholly groundless arbitration claim could be disposed of by the courts in the first instance. The Supreme Court directed the Fifth Circuit to consider whether the contract actually provided for delegation, as well as any other arguments that had been preserved.

Consequently, the parties on remand argued whether the parties had in fact agreed to delegate the gateway arbitrability question to the arbitrator. Two competing factors were at play: the contract’s incorporation of AAA Rules delegating such gateway questions to the arbitrator and the arbitration clause’s carve-out of requests for injunctive relief.

The Fifth Circuit once again refused to compel arbitration. It concluded that the parties delegated at least some questions of arbitrability to the arbitrator. But it held that because the arbitration agreement included a provision exempting certain claims from arbitration (as relevant here, actions seeking injunctive relief), the agreement did not “clearly and unmistakably” delegate the gateway question to the arbitrator.

ANTITHETICAL TO THE FAA’s OBJECTIVE

This protracted litigation over the gateway issue of arbitrability is the antithesis of the FAA’s purpose to provide an efficient alternative dispute resolution procedure. It is unlikely that the Supreme Court will make its second ruling until 2021. Thus, it will have taken at least nine years from the filing of the complaint for the courts to determine who has power to rule whether the dispute is arbitrable. Whether any of the parties recall the merits of the original dispute remains to be seen.

Moreover, the status of the law pending the Supreme Court’s second ruling is muddled. Parties drafting arbitration agreements today may attempt to include clear and unmistakable language delegating gateway disputes to the arbitrator over and above relying on incorporation of the AAA Commercial Rules. The Supreme Court has made it clear that an arbitrator has the power to determine the validity of the contract where the parties have clearly and unmistakably delegated that issue. But where the parties have carved out certain types of disputes as not subject to arbitration, even an express delegation clause is currently subject to challenge on the basis that the parties cannot delegate the gateway decision to the arbitrator with respect to any category of dispute that had been carved out by the parties. Although it may seem like a simple matter to eliminate carve-outs in the arbitration clause to avoid this issue, exempting claims for injunctive relief is a commonly desired contractual feature.

Given that carve-outs are likely to remain a feature of arbitration agreements, the Supreme Court’s “second bite” at the Schein case is of critical importance to all practitioners in the arbitration sphere. The litigation until now has conflated the key contractual issues: Does the agreement mandate arbitration of the parties’ dispute, and who decides whether the agreement mandates arbitration of that dispute? Ideally, the Supreme Court will isolate the second question and answer it conclusively. In the interim, parties should be aware of the uncertainty surrounding arbitration clauses containing subject matter carve-outs.

Kevin O’Brien is a partner at Porter Wright Morris & Arthur LLP, based in the firm’s Chicago office. He is a commercial litigator whose practice involves high-level counseling on litigation strategy, approaches and problem solving.