Skip to content
News » Supreme Court Will Soon Decide If 27,000 Health Workers Should Be Deported

Supreme Court Will Soon Decide If 27,000 Health Workers Should Be Deported 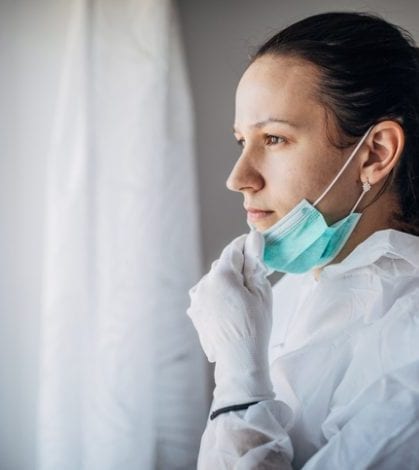 In 2017 the Trump administration rescinded the Obama-era program called Deferred Action for Childhood Arrivals (DACA), which protected the grown children of undocumented immigrants from deportation. The decision was challenged and is now before the Supreme Court, with a decision expected in June. In an amicus brief that sounds eerily prescient, the American Association of Medical Colleges pointed out that 27,000 health care workers would be deported if DACA is canceled. According to the brief, “the risk of a pandemic…continues to grow, since infectious diseases can spread around the globe in a matter of days due to increased urbanization and international travel…. the country needs a robust health workforce. Rescinding DACA, however, would deprive the public of domestically educated, well-trained, and otherwise qualified health care professionals.” Quartz reports that pro bono attorneys from Yale University law school recently sent a letter to the justices urging them to vacate the administration’s decision to terminate DACA. “Healthcare workers on the frontlines of our nation’s fight against Covid-19 rely significantly on DACA recipients to perform essential work…The pandemic sheds new light on the reliance interests of healthcare providers and the public health consequences of ignoring those interests,” they wrote.