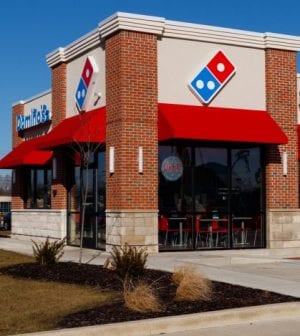 The Supreme Court has denied a petition from Domino’s to hear whether its website is required to be accessible to the disabled. That leaves standing a lower court decision against the company. It’s a big win for disability advocates, who argue that if businesses do not have to maintain accessible sites, disabled people could be effectively shut out of substantial portions of the economy. The case was brought by a blind man named Guillermo Robles, who sued the pizza chain after he was unable to order food on Domino’s website and mobile app despite using screen-reading software. Attorneys argued that the Americans with Disabilities Act requires businesses with physical locations to make their websites accessible. A panel of the 9th Circuit had earlier agreed with Robles. Domino’s sought a review, but Monday’s denial means Domino’s will have to fight the accessibility claims in court. Robles’ attorney, Joe Manning, said that the decision was “the right call on every level. The blind and visually impaired must have access to websites and apps to fully and equally participate in modern society – something nobody disputes. This outcome furthers that critical objective for them and is a credit to our society.” Domino’s issued a statement saying it was disappointed but looked forward to presenting its case in court. Last year, more than 2,200 suits concerning accessibility were filed in federal courts, according to the accessible technology firm UsableNet, nearly tripling the number a year before.