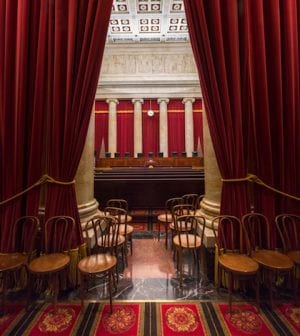 Things haven’t been this snippy between the U.S. Supreme Court’s conservative and liberal factions since the December 2000 ruling that gave George W. Bush the presidency. The conservatives are impatient with the pace of rightward change, while the liberals are increasingly angry about the direction things are trending. So far the death penalty has been the issue where most clashes take place. Sometimes the battle is over the risks of lethal injection. Other times, it’s about the prisoner’s physical or mental health and this term the question of last rites has been a flashpoint. In February the court ruled 5-4 to permit a Muslim inmate’s execution without allowing an imam to provide spiritual support in the execution chamber. In her dissent Justice Kagan called that “profoundly wrong,” and comments on both sides of the ideological divide denounced the decision. A few weeks later the court did an about face and granted a Buddhist prisoner in Texas his request for his own spiritual adviser. In April, the court clashed again over a prisoner’s effort to have his execution carried out with lethal gas rather than injection. After a 5-4 decision with the liberals dissenting bitterly, he died after an injection in an Alabama death chamber.