First on the list, not nailing down the deal at the mediation. After a long day of haggling that ends in a tentative agreement, parties may pack up and walk out promising a shot at a draft settlement agreement for next week. Big mistake. Do it now.

Second guessing can occur, and failure to write down the basic terms can also increase the likelihood of later disputes. If a fully executed settlement agreement isn’t possible, draft a limited term sheet.

Second on the list, treating an unsuccessful mediation as a failure. You have just spent a day discussing the case. Are there are any non-global agreements that can be reached that will lead to a better chance at a later settlement and/or save legal fees? Think before you walk out the door.

A long day of mediation can be scuttled with last minute issues, which should have been identified earlier. A good mediator and counsel will have thought these through before the day of mediation. Most mediators want to communicate directly with the decision maker, not the attorney. Clients are paying their lawyers to be tough, to bat down arguments. However, that is often incompatible with meaningful settlement discussions.

With virtually every commercial case going to non-binding mediation, whether by agreement or court order, mediation advocacy is vital. Keep the preceding list in mind in order to avoid some common and very serious missteps in the mediation process. 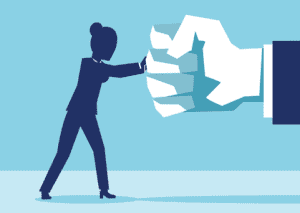