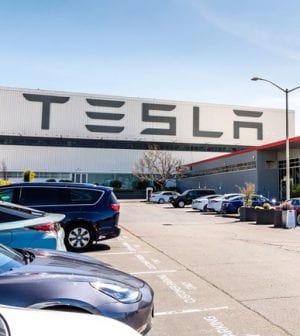 Tesla was trying to get a permanent restraining order against the man, who is part of an online community of Tesla short-sellers and critics who maintain the company exaggerates its technological claims and financial prospects. Tesla claims the man harassed a test car on the highway, trespassed on a company parking lot, and in one incident struck a company employee with his car when trying to make a fast getaway. The critic maintains that during the highway incident he was taking video of a test car so he’d be able to challenge Tesla’s claims, and he denies hitting anyone with his car. (The LA Times reports that police reviewed the video of the alleged hit-and-run and did not file charges.) The filing for the restraining order was made early in July; the decision to back off was made later in the month because, the company says, providing evidence the judge asks for would compromise its employees and cause them further harassment. Lawyers for the target of the lawsuit say they plan to sue Tesla for malicious prosecution.