The Supreme Court Case Most Affected By Scalia’s Passing 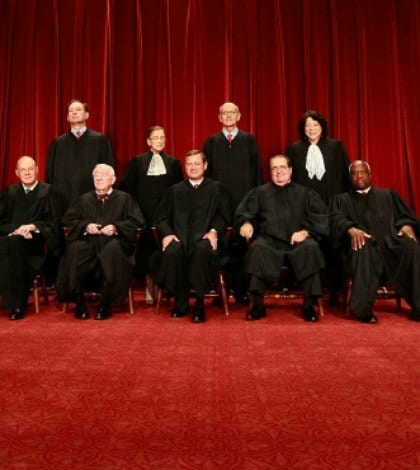 Washington Post reporter Lydia DePillis, keying off a post in the SCOTUS blog, looks at the docket and sees a number of cases in which Scalia would likely not have been the deciding vote, but one in which he almost certainly would have: Friedrichs vs. the California Teachers Association. If the Court deadlocks at 4 to 4, which seems likely, the lower court decision will stand. That decision rejected a teacher’s challenge to the union’s collection of “agency fees” from workers who don’t want to pay for its political activities. The court could accept another similar case, but that likely won’t happen for at least a year, so unions “might breath a sigh of relief — for now.”