Time To End The Taboo On “Worst-Case” Climate Scenarios 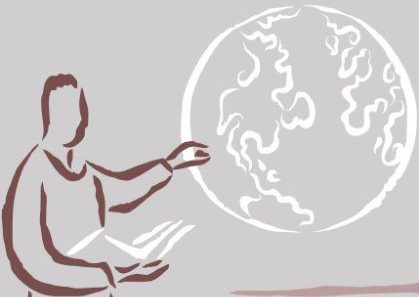 A post in the online publication Inside Climate News suggests it’s time for scientists and others, including politicians and risk managers, to quit walking on eggs when it comes to discussing the risks the world could face from climate change. The scenarios at issue, says the writer, include “widespread extinctions, mass climate migration and the disintegration of social and political systems.”

This post is a summary and commentary on a more technical piece that recently appeared in the Proceedings of the National Academy of Sciences. “Facing a future of accelerating climate change while blind to worst-case scenarios is naive risk management at best and fatally foolish at worst,” say the authors of the PNAS article. They recommend to the Intergovernmental Panel on Climate Change that it compile a special report that more accurately lays out the threat, and that consideration be given to establishing a new international treaty that would require an emergency response in the event that severe irreversible tipping points appear imminent.

Tipping points (also called “irreversible trajectory”) are said to be the critical issue. Melting polar sea ice, which darkens vast areas of the earth’s surface and increases the amount of heat that is absorbed, and decimation of the Amazon rainforest are two of the more prominent examples, and it’s likely we’ve barely begun to see the consequences of either one. In the opinion of one scientist, whose research for the past 15 years has centered on tipping points, the U.N.’s Intergovernmental Panel on Climate Change has shied away from focusing on extreme impacts “partly because we’ve been getting it in the neck all the time from oil-funded denialists or skeptics,” and because the IPCC is inherently political, which influences how the reports are finally edited.

It remains to be seen how quickly and extensively the views in the PNAS report become mainstream, but some insurers and risk managers have voiced similar views for some time. From Maplecroft, a risk and strategic consulting firm based in the U.K., the recently published “Environmental Risk Outlook 2022″ is titled World ‘unprepared’ for magnitude of cascading climate risks. “Civil unrest, political instability, food insecurity, mass migration and worsening human rights,” the company says in a summary document, “are the baked-in secondary impacts of climate change, but you wouldn’t know that from the undercooked approach of governments and business. As the extreme weather events the world is already experiencing become more frequent, they will trigger a cascade of these second-order climate risks across a huge swathe of countries.” – Today’s General Counsel/DR