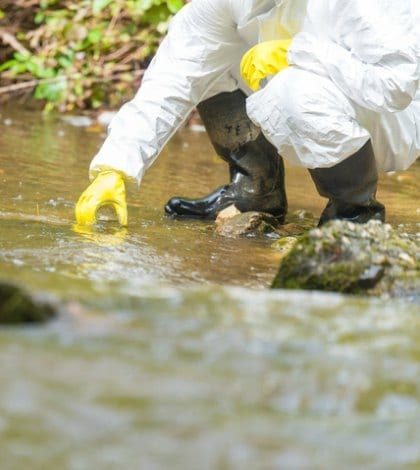 A federal judge in New Orleans has ruled that the EPA does not have to impose regulations that address farm runoff and other pollutants that drain into the Mississippi River. Those pollutants end up in the Gulf of Mexico, where they create a toxic sea known as “the dead zone” that is now about the size of the state of Connecticut. This decision rebuffs efforts by a coalition of environmental groups, represented by the Tulane University Environmental Law Clinic, to force the EPA to go beyond its current method of addressing the issue, which is to attempt to work with the various states to promote voluntary standards. The EPA’s position is that its resources and mandate, per the Clean Water Act, preclude its imposing and enforcing mandatory standards. The dead zone is now estimated at somewhere between 5,000 and 8,000 square miles, and is said to be 2.7 to 4.2 times larger than a goal that had been set by regulators for 2015. The toxic waters result from agricultural and other chemicals that start feeding into the Mississippi River as far north as Minnesota, where the river has its source, and keep on feeding for much of the river’s entire 2,300-plus miles, until it empties into the Gulf of Mexico at New Orleans. The affected area is called the dead zone because during much of the year a cascade of changes in the sea water result in oxygen depletion, among other untoward events, and massive fish kills known as “jubilees.”