Truckers Getting Busted For Hauling Hemp 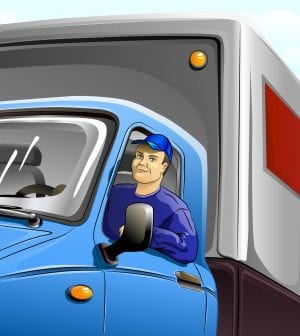 Defined as a cannabis product that contains 0.3% or less of THC, hemp becomes legal to both produce and distribute in the U.S as the result of the farm bill signed by President Trump in December of 2018. That bill removed hemp from the DEA’s list of controlled substances, and also includes a provision that says states can’t interfere with its interstate transportation. Nonetheless, over-the-road truck drivers carrying hemp have been arrested in at least two states, and in some cases charged with felonies.“The problem,” says an attorney quoted in trucking industry trade magazine Overdrive, “was a lot of carriers – and I don’t blame them based on the language of the bill – believed it took effect immediately. But if you read closely, it says that when the USDA takes steps to regulate the production of hemp, then the prohibition on states interfering with transportation takes effect.” The USDA says its goal is to have regulations in place sometime this fall.