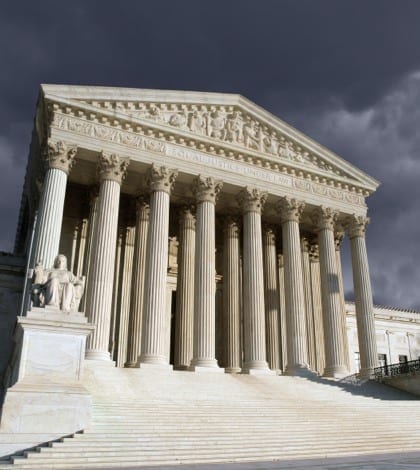 An analysis of potential Supreme Court nominees by the next President, reveals that the Court is poised for a swing to one or the other extreme. The analysis, put together by the New York Times’ FiveThirtyEight statistics blog, shows that the Court will shift significantly to either the right or the left, depending on who is elected. If Clinton succeeds, she would have an immediate impact by nominating someone of liberal ideology to replace conservative Scalia. But given the ages of many Justices currently serving the Court, the next president is likely to make multiple appointments, and shift the makeup of the Court considerably for decades to come. One of the main assumptions made in putting the analysis together was that, whoever is victorious in November, the current nominee to replace the late Justice Antonin Scalia – Merrick Garland – will not make it to the bench.