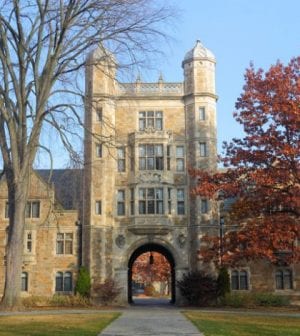 A University of Michigan Law School alumnus has revoked $2 million bequest he planned to make because a $150,000 donation he made was spent in a way that he claims was inconsistent with its intent. Lance J. Johnson, who graduated from UM Law School in 1965, says the purpose of his donation was an annual seminar to study the feasibility of appointing independent legal counsel for children involved in custody disputes. According to Johnson, the law school only “sporadically” held the workshop. When he asked for accountability the University’s legal department stepped in and refused to return his donation. Thus, he says, he has no choice but to rescind the $2 million that was to be paid after he died. Johnson asked Michigan Attorney General Dana Nessel to examine what the law school has done with his donated funds, as well as those of any other donor who may have been misled by the law school. A UM spokesperson says the university is confident it has honored its commitment to Johnson and used the funds appropriately, and acknowledged his right to do as he sees fit with his estate.