Skip to content
News » Ultra-Right Proposal To Pack The Courts

Ultra-Right Proposal To Pack The Courts 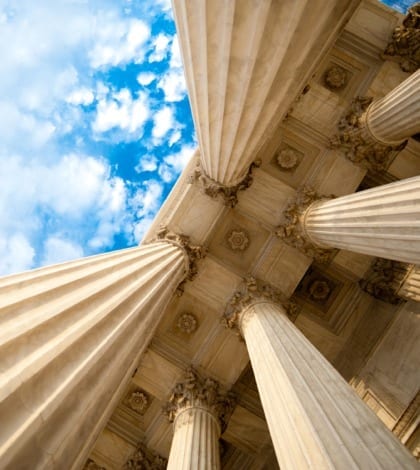 Steven G. Calabresi, a law professor at Northwestern University and a founder and current board chair of the Federalist Society, is no fan of Donald Trump, but he does share one of the President’s goals. He wants to undo the judicial legacy of President Barack Obama. The Federalist Society has controlled nominations to all federal courts since Trump took office, and now Calabresi has a plan to double or triple the number of authorized judgeships on the federal Courts of Appeals, fixed by law at 179. The proposal is being promoted as a way to ease what Calabresi characterizes as a crushing workload for understaffed courts, but as Linda Greenhouse writes in the New York Times, there is no such thing as the “caseload crisis” that the professor claims is causing judges to delegate work to staff members, omit oral argument, and write unpublished opinions that decide the case at hand without setting a precedent for other cases. In fact, caseloads have been flat for years.