Skip to content
Career Development » Understand Cryptocurrency? Well, You Don’t Have To In Order To Vote For Taxing Its Brokers

Understand Cryptocurrency? Well, You Don’t Have To In Order To Vote For Taxing Its Brokers 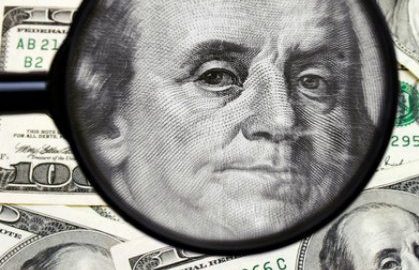 A provision that addresses cryptocurrency survived bipartisan negotiations and remains in the recently passed Senate version of the infrastructure bill. An opinion piece by New York Times writer Ezra Klein explains what that provision is and “why crypto matters, even if you think Bitcoin is just goldbuggery for nerds.” Crypto is a big deal for content providers in particular, according to Klein, because it makes digital identities verifiable (by way of an energy-intensive process that generates huge amounts of old-fashioned heat, but that’s another story), and thereby allows those content providers (formerly known as musicians, writers, artists, etc.) to prove ownership, which in turn allows their content to be bought and sold.

The long windup to this explainer includes a quote from, it’s safe to say, an unlikely source for opinion writer Klein: Texas senator Ted Cruz.. “Let’s recognize,” said Cruz, “if we gathered all 100 senators in this chamber and asked them to stand up and articulate two sentences defining what in the hell a cryptocurrency is, that you would not get greater than five who could answer that question.”

Cruz made his point, says Klein, in the context of arguing that Congress doesn’t understand it, therefore it shouldn’t regulate it. “I’ll be generous,” Klein writes, “and say Cruz has this one half right. Congress doesn’t have the expertise to directly regulate the crypto markets, but then, Congress isn’t proposing to directly regulate the crypto markets. It’s empowering the Treasury Department to do so.”

What Klein argues is that the crypto industry “wants to be lightly regulated and undertaxed, just as every industry does,” but what this provision does is reinforce the Treasury Department’s authority to “force tax compliance from the ‘brokers’ who are part of those transactions.”