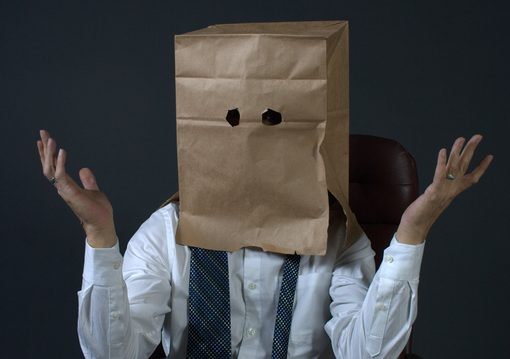 A list of accused sexual predators within the Southern Baptist Convention, the largest Protestant denomination in the U.S., was compiled at the request of its general counsel, D. August (Augie) Boto. The purpose of that project, which began in 2007, was in part to try to prevent future malfeasance. But it also was used, according to a 2019 newspaper exposé and a subsequent report from the church itself, to facilitate a years-long effort to stave off liability, in part by intimidating and silencing numerous victims of sexual abuse by church members and leaders.

The six-part series was a collaboration between the Houston Chronicle and San Antonio Express-News. “In the past 20 years, a disturbing number of Southern Baptists with formal church roles have engaged in sexual misconduct,” the report says in its preface. “They were pastors. Deacons. Youth pastors. They left behind more than 700 victims.”

One of the reporters, Robert Downen of the Houston Chronicle, was interviewed recently on NPR’s Fresh Air, with Terry Gross. Church leaders, says Downen, would tell us they didn’t have the power to force churches to report abuses to a central registry or to consult a registry when doing hiring decisions. “But at the same time,” he says, “they did have the power to oust churches that had female pastors or were affirming of homosexuality. Up until our report in 2019, those were two of among the few things that could get you booted from the SBC. Having a convicted sex offender on staff was not one of them.” As a result of the SBC policy, abusers were able to remain by moving from one church to another.

According to an article in the online publication Baptist News Global, prior to release of the SBC’s report, Boto had been “one of the most powerful men in the SBC who few people knew existed,” with historic ties to the most conservative elements of the denomination. That went back least as far as 1980, according to the article, when he became involved with a Dallas church and a group of fundamentalists who wanted to take control of the SBC as part of a “conservative resurgence.” At the same time, Boto was pursuing a successful career, becoming a partner in a Dallas law firm, a trader on the Chicago Board of Trade, and a for six years a county attorney in Cooke County, Texas. According to another article in Baptist News Global, church officials have officially repudiated and apologized for Boto’s treatment of sexual abuse victims, and the Southern Baptist Convention Executive Committee may seek to suspend his retirement benefits.

A search finds the SBC’s dismissal of sexual abuse victims has long been public knowledge, at least as far back as 2008, with a series of articles by journalist Elizabeth Ulrich in the publication Nashville Scene. That year she attended a meeting of an SBC work group and agreed to their requirement that she not quote anyone directly. But she did report, in paraphrase, that the “whole meeting was a lot of talk about why the SBC’s hands are tied: polity, the autonomous nature of Southern Baptist churches, the potential legal ramifications of creating a database that fingers credibly accused sex offenders…” Boto at that time was already part of the story, cited in Ulrich’s report for his hard-nosed email correspondence to one abuse victim in particular.

In another Nashville Scene article, Ulrich writes of one sex abuse survivor who reached out “to a litany of SBC officials, begging the men to take action against an SBC pastor who she says raped her for years, starting when she was only 15, and eventually fathered her child.” According to the woman, instead of offering help or counseling the woman, SBC officials told her to pray about it, and some shamed her, and the pastor remained in the pulpit, at another SBC-affiliated church in Texas.

Boto appears in this story too, identified as the legal counsel for the SBC executive committee who, in a remarkable matter-of-fact statement about good legal stewardship, told the Baptist website SBC outpost: “Though the SBC is named as a party in legal proceedings about twice per year on average…it has not ever had a judgment rendered against it throughout its entire existence (i.e. since 1845). SBC polity is the major reason for its frequent dismissal out of lawsuits on motions for summary judgment.” – Today’s General Counsel / D.R.