Skip to content
In-House News » Willing to Take an Oath?

Willing to Take an Oath? 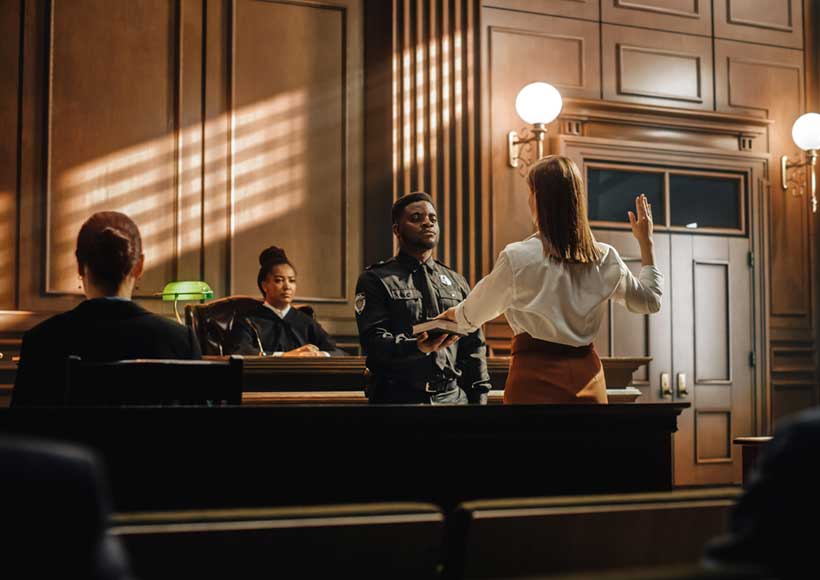 Although the subject of academic debate, many scholars agree that the privilege against self-incrimination arose in part from growing opposition to the ecclesiastical oath during the 17th century. Invoking the Latin phrase nemo tenetur prodere seipsum, meaning no one is bound to accuse himself, criminal defendants began refusing courts’ mandate that they take an oath and answer the prosecution’s questions. This opposition evolved into a common-law evidentiary privilege and, ultimately, a constitutional right embedded in the Fifth Amendment.

Fast forward to the 21st century, courts want in-house lawyers to take an oath — not to answer questions about criminal wrongdoing but to prove with specificity that the attorney-client privilege protects their communications with corporate employees from disclosure. The oath in these situations surfaces in the form of an affidavit or a sworn declaration, and the in-house lawyer should consider at the time of asserting a privilege objection whether she is willing to supply a sworn statement in defense of the privilege. The answer is often pivotal to securing protection.

The corporate attorney–client privilege protects from discovery a confidential communication between a company’s in-house lawyer and its employee when conveyed for the primary purpose of rendering legal advice. In the view of many courts, and often in actuality, employees frequently communicate with in-house lawyers for business-related reasons, whether directly or by copying them for no apparent legal reason. Many courts therefore apply a heightened standard when assessing an in-house lawyer’s privilege claim and require the lawyer to make a “clear showing” that the putatively privileged communication was indeed for legal advice purposes. This clear showing standard typically means that the court wants specific, non-conclusory testimony from the in-house lawyer on this point.

In one case, for example, a company’s in-house lawyer created a form spreadsheet and requested that a business manager complete it. The manager completed the spreadsheet and stored it on the company’s server as the in-house lawyer directed. In later litigation, the company’s adversary moved to compel production of the report, but the company objected on privilege grounds. The manager — not the lawyer — submitted a declaration stating his “understanding” that the lawyer would access the report on the server for legal advice reasons.

He also averred that, “to the best of his knowledge,” the lawyer would access the information for the sole purpose of conducting a legal analysis. The court found the declaration insufficient because a non-lawyer’s understanding of the lawyer’s reasons for seeking the information falls short of the level of proof necessary to secure privilege protection.

This decision is not an outlier. Following an explosion at one of its manufacturing facilities, a company’s public relations employee sent a draft press release to two in-house lawyers seeking feedback. When those injured by the explosion sued and moved to compel the emails and drafts, the company submitted the employee’s declaration stating that she sent the draft to ensure that it was consistent with the company’s emerging legal strategy. The court found the declaration inadequate and ordered production of the communications and drafts.

In a federal court case, for instance, a company objected on privilege grounds to producing an email from an employee to an in-house lawyer seeking comment on a regulatory strategy. In defending the motion to compel, the in-house lawyer filed a sworn declaration stating that the email was not a business discussion but rather an attorney–client communication in which the employee requested legal advice. The court found the declaration too conclusory to support a privilege objection because the lawyer submitted no supporting information that would allow the court to reach the same conclusion.

The takeaways here are that in-house lawyers should stand ready to support their outside counsel’s privilege objections through sworn testimony, and that testimony must unambiguously explain why the privilege applies. But there is also an important threshold consideration. Is the communication really privileged, or was it put into the pile simply because an in-house lawyer took part in it?

Too often, outside and in-house lawyers contemplate the contents of a supporting declaration after opposing counsel files a motion to compel. This timing can lead to in-house lawyers making conclusory privilege claims because the communication occurred long ago, or because it is difficult to actually explain why the privilege applies. In other words, lawyers over-designate emails as privileged, and then seek support from the in-house-lawyer author who may have little to no supporting information.

A solution, perhaps, is that in-house lawyers should consider the contents of a future declaration at the time of creating a putatively privileged document. While it is unnecessary to draft a declaration at that time, the lawyer could ponder questions such as Is this communication really privileged? Why is it privileged? What is the legal advice at issue here? If the answers are difficult, then perhaps the privilege does not apply and lawyers should not assert a privilege objection. But if the answers are clear, then signing a non-conclusory, specific — and winning — declaration when the time comes will be much easier.

Thankfully, we no longer live in an era where an ecclesiastical or any other court can force a criminal defendant to provide sworn testimony. Civil courts cannot force an in-house lawyer to provide sworn testimony to support a privilege claim, yet that is often necessary to secure protection. So, the next time an in-house lawyer marks one of her communications as “privileged,” perhaps she should also ask herself, “Am I willing to take an oath?”